April 12, 2016 at 10:54 am
Warning: Use of undefined constant post - assumed 'post' (this will throw an Error in a future version of PHP) in /home/customer/www/protectmarriage.org.nz/public_html/wp-content/themes/theme1231/single.php on line 10
|  Category: Media Releases  |
Comments are closed 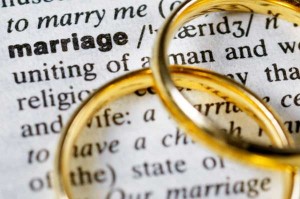 Media Release 12 April 2016
A function centre in the South Island which offers a venue for marriages has been pressured to change its policy as a result of a complaint to the Human Rights Commission. Living Springs in Lyttleton previously allowed only traditional wedding ceremonies but have now changed their policy.

“Faith-based function centers and camps are in a no-win situation. They can stick to their principles and suffer the consequences of court cases, substantial fines and legal costs, or they can capitulate and change their policies. Yet politicians promised that this pressure would not happen,” says Bob McCoskrie, National Director of Family First NZ.

When pushing through the gay marriage bill at breakneck speed, the Select Committee considering the bill said:

But a legal opinion obtained by Family First NZ during the debate and made available to politicians and the select committee clearly explained that law ‘will interfere with people’s rights to act according to their beliefs and conscience’.” The politicians, by rejecting advice from Crown Law, considered it to be appropriate that churches, temples, mosques, synagogues and other faith-based organisations and service providers could not refuse to host and provide services for same-sex ‘marriages’, even if it went against their beliefs and conscience.

In the poll of 1,000 people undertaken by Curia Market Research during the debate in 2013, the poll found strong support for protecting those whose beliefs and conscience disagree with same-sex ‘marriage’, including 73% of respondents agreeing that churches, temples, mosques, and other places of faith such as a place like Living Springs should not be forced to allow same-sex marriages in their buildings.

“As we argued during the debate, the law will create a culture of coercion, despite the politicians promising otherwise. Unfortunately, this will not be the last case of this law interfering with people’s freedom of conscience rights and faith-based beliefs.”