YOU Are The Kingmaker, Not Them!

September 18, 2014 at 1:07 pm
Warning: Use of undefined constant post - assumed 'post' (this will throw an Error in a future version of PHP) in /home/customer/www/protectmarriage.org.nz/public_html/wp-content/themes/theme1231/single.php on line 10
|  Category: Latest News  |
Comments are closed 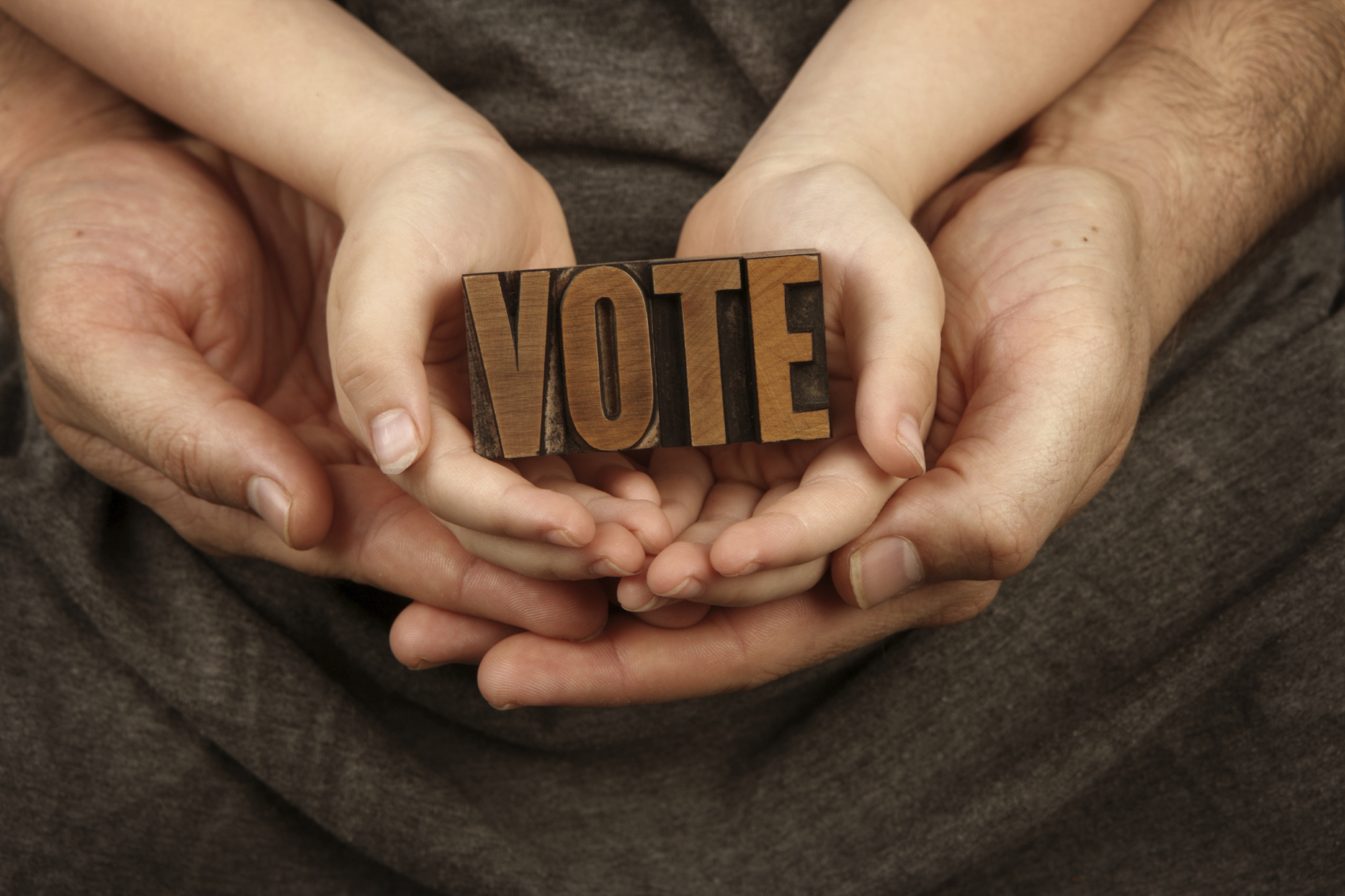 This is our final email before you vote on Saturday. And it’s a reminder that your vote matters – to families.

Do you know which parties will oppose upcoming attempts to decriminalise euthanasia, abortion, and marijuana?

Which parties will fix the anti-smacking law?

Which parties are unsure as to whether the definition of marriage should be further changed to allow, for example, group marriage?

Which parties support the notion that parents, not the Government, have primary responsibility for their children, and children deserve a mum and a dad when the state oversees an adoption?

Which parties are pro-life and pro-marriage?

We might agree economically with politicians but not morally. Focussing on economics and other issues while ignoring moral values will actually make our present social problems worse. It’s not about being a ‘single issue’ voter.

A politician who is willing to redefine marriage is also more likely to vote to allow late-term abortions, criminalise a parent who uses a light smack, ban parental notification for pregnant teenagers considering an abortion, and make assisted suicide and drugs such as marijuana legal.

The moral values of any politician will determine the morality of our nation’s laws. You and I have a duty to hold our politicians to account. 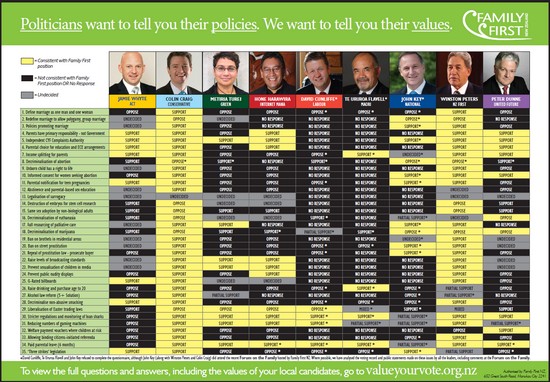 It’s been an expensive campaign to inform voters – but the feedback has been phenomenal. 150,000 pamphlets distributed throughout the country, and 100,000+ page views on the website. Awesome!

If you support our view that voters deserve to know the values of politicians which drive their decisions and where they stand on pro-life, marriage and family issues, we’d really appreciate your support.